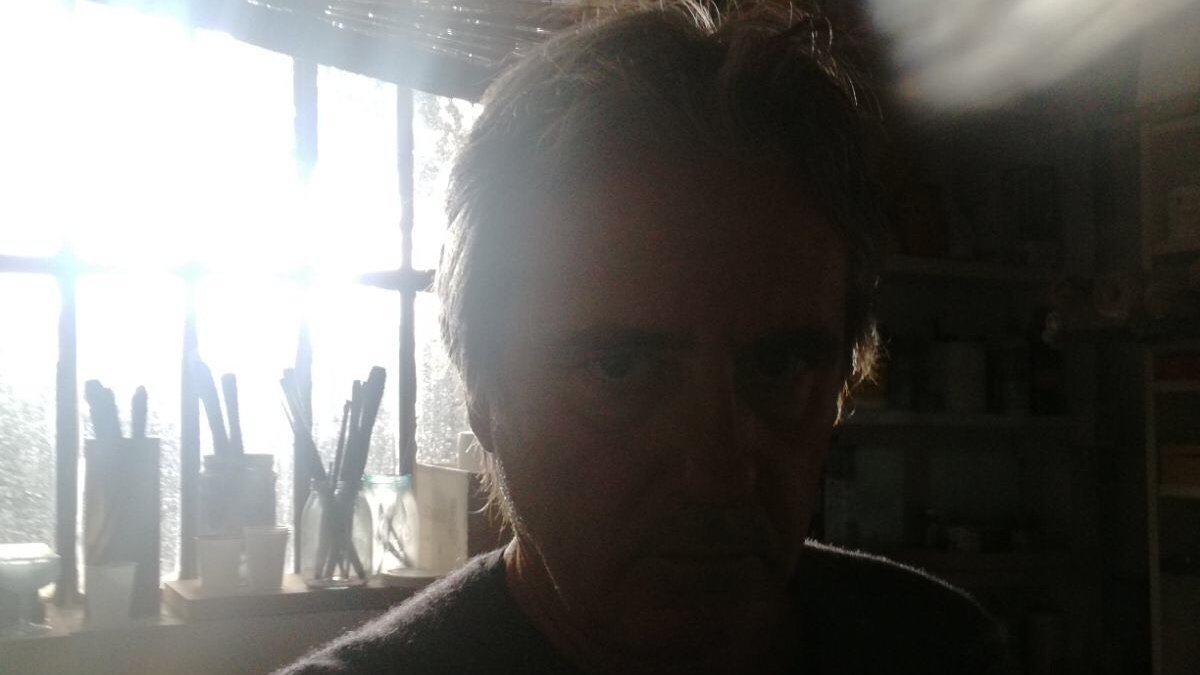 He graduates in Rome at Primo Liceo Artistico in Via di Ripetta with Nicola Carrino from Gruppo Forma 1 and Amelio Roccamonte from Spazialismo as teachers, and then, always in Rome, he studies Nude Drawing at Accademia delle Belle Arti with Antonio Avenessian and Giulio Turcato. In 2000 joins to Metropolismo art movement founded by Achille Bonito Oliva.
He lives and works between Rome and Castiglione del Lago in Umbria.
He lately realized an installation for MAAM Museum and a work for the project called Insieme exposed at Michelangelo Pistoletto Foundation.


Mirko Pagliacci does not believe time has a value (he doesn’t even arise the question) and this is the best way to appreciate him as an authentic artist while you advance in his expressive diorama. The image celebrated by Pagliacci, token from Time as changing epithelium, lies on canvas like annotation and plumb line of an astonished memory which arranges the vision like a calm chaos of feeling and delight (…) The images realized by Pagliacci are on the surface, but their density is at least compared to the mental plummet sound needed to bring them out. Underlines, repetitions, backdrop and scenes of an animated rock party complete with amplifiers (both for ear and eye) are all evoked by the painted canvas for a simultaneous look and listen synthetic aestethic effect.
Duccio Trombadori

Pagliacci’s paintings are out of time and cross it like an uncontrolled meteor. Every painting is an imprint, a tragic sinopia of our History, a scream which resounds between the folds and the sores of the color (...) New Babele of an art watching from a distance Marc Augé o Sigmund Bauman, Pagliacci’s art has a criticism to globalization and proposes the advent of a transcultural syncretism, where a guerrilla angel can mix its own existence Dna throughout an acid-metropolitan coloured skin.
Lidia Reghini di Pontremoli

It is as if Mirko Pagliacci meant: - I reached the end of a story and I have to give an account and show how hard it is find a new way, and how I can only be the point of arrival (…) Mirko Pagliacci wants we understand there is not a definitive way, he wants we understand the painting is so many paintings, letting the observer decide which is the address, if connected to the informal painting, or conceptual, or photographic, and saying: - I give up choosing, I do not tell you who I am.
Vittorio Sgarbi 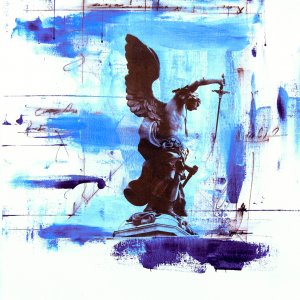 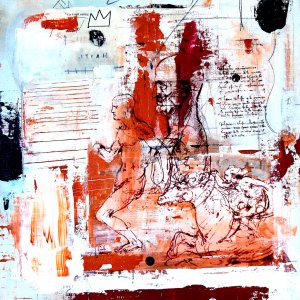 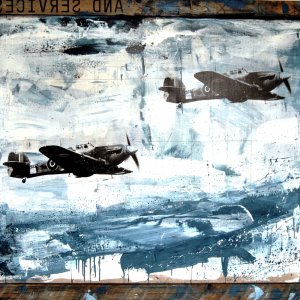 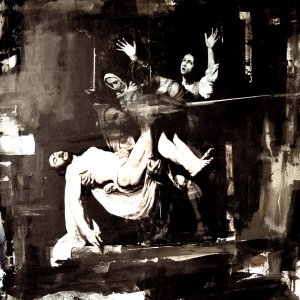 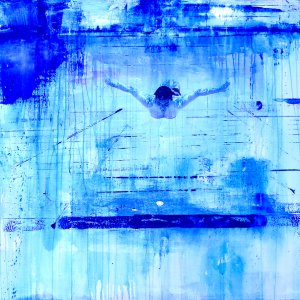