Gaetano Zampogna was one of the original members of the Artmedia group, fonde in 1989, and in line with the movement’s theoretical approach – based on the idea of art as an “appropriation” and “sacking” of the works of the twentieth century – his own work inserted images that were culled from the oeuvres of figures like Schifano, Boetti and LeWitt in monochrome or dichromatic surfaces or photographic supports in cibachrome.

When this particular form of experiment came to an end in 1994, Zampogna’s work shifted towards a revival of the figurative, in paintings “contaminated” with the media-born myths of the present day; initially emphasizing the insubstantiality of the “reality” produced by the advertising industry. On a monochromatic “lunar” background of huge anonymous faces, he superimposes small polychromatic elements that disturb and destabilise – “world events”, like media-derived “windows”, taken from the covers of famous international magazines and journals: El mundo vaquero and Les insolences de Naomi.

Zampogna then went on to create a stranger, more ambiguous relationship between the two “subjects”, dilating the inserted clippings and adverts to the point at which they are equivalent in scale to the portraits, thus rendering the “real reality” and the “media reality” interchangeable.

The result is a pictorial image “wiped clean of memory” in which the two “episodes” dialogue with bizarre naturalness. The force of the dual image lies in the inconsistency and anonymity caught, here, in the act of complicity: Evolution and Senza titolo no. 11.

With great technical refinement, advertising and contemporary life nourish one another. The works that follow represent an ulterior and logical step in the direction of this ironic and tragic analysis of the real world: the figures represented inhabit, eccentrically, stylised interpretations of lottery scratch-cards: L’isola del Tesoro and Animali portafortuna are icons of a devalued contemporary experience which, for Western man, becomes the expectation of a mediocre catharsis: the dream of personal wealth, a media-inspired chimera that offers an antidote to the emptiness of our times. Precisely because of the urgency of the need to recoup an element of the tangibility of history and of personal identity, in 2009 the artist created a series of portraits of poet friends, in monochrome and hyper-realist, the whole gently “disturbed” by the presence of misquoted proverbs (for example, “Don’t look a gift-horse in the paper”).

Each portrait is a piece in a jigsaw puzzle reconstructing the artist’s own world of relationships and friendships. In 2010 a new cycle of work began; with visionary energy he began to create two huge visual “machines” whose protagonists are two allegorical figures: the giants Mati and Grifone, whose origins lie in the folk legends of Italy’s far south and who, conjured up by the artist, appear on enormous pieces of fabric decorated with floral motifs, becoming both a crystallised mise-en-scene and a means of escape towards a world of primitive rituals, which counterweigh the emptiness of history and have the dreamy tangibility of shadows. 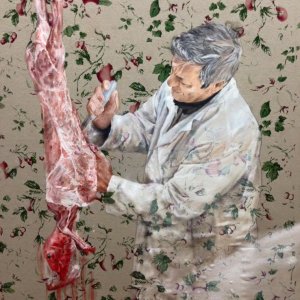 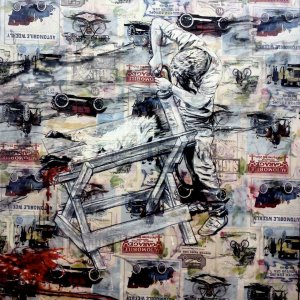 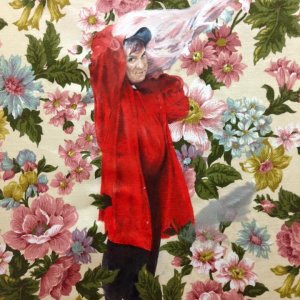 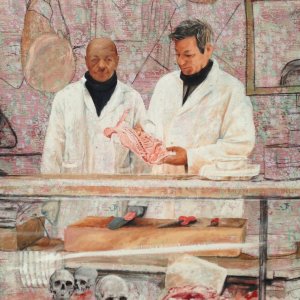 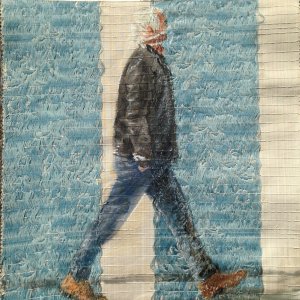 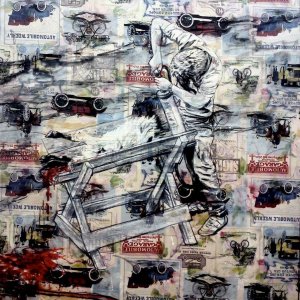 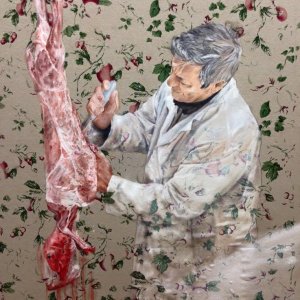 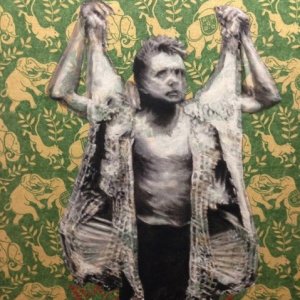