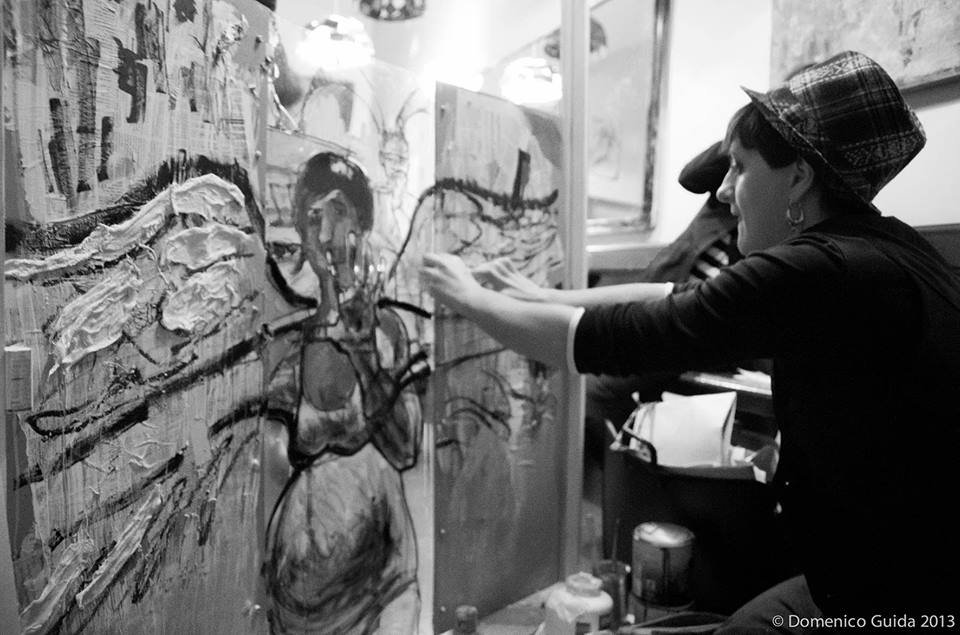 Designer and artist for passion.

Graduated in Design and Visual Communication. She attends the Scuola Romana del Fumetto and various Ateliers of Roman artists where She refines her technique and begins the search for his pictorial gesture.

Her multishaped creativity has been formed between colors and canvases that she uses as an expressive medium, constantly evolving emotionally.

Creations where the human soul transpires in the bodies that have been defining through the years. Meditation that often seems tobe incontrast with the instinctive, fast use of the gestures and material elements she uses in her works, up to a sort of figurative abstractionism.

Since 2008 she has exhibited and participated in various artistic happenings, also performing live works. Among the most important places where she exhibited her works there is the EAC (Elettronic Art café) at Camponeschi in Piazza Farnese.

December 2014: Live performance at "The Secret Gallery" Rome for Finissage of the exhibition "Women Who Did not Say"

May 2013: Live performance and show at the "Camponeschi Wine Bar" - Rome February 2013: Collective exhibition at the Academy of Egypt in Rome 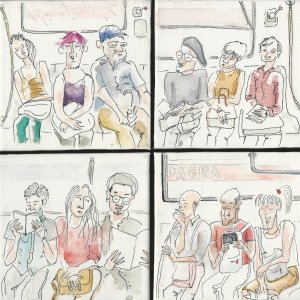 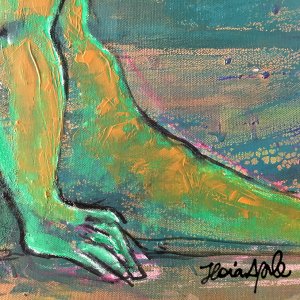 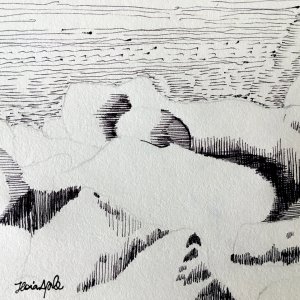 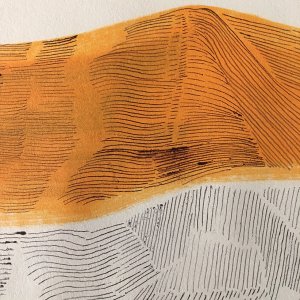 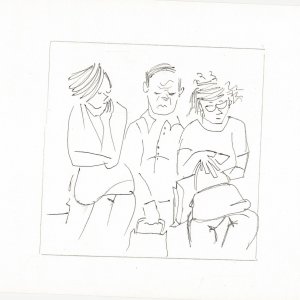 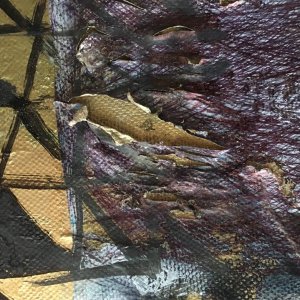 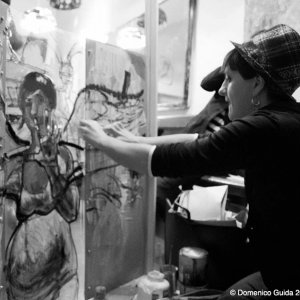