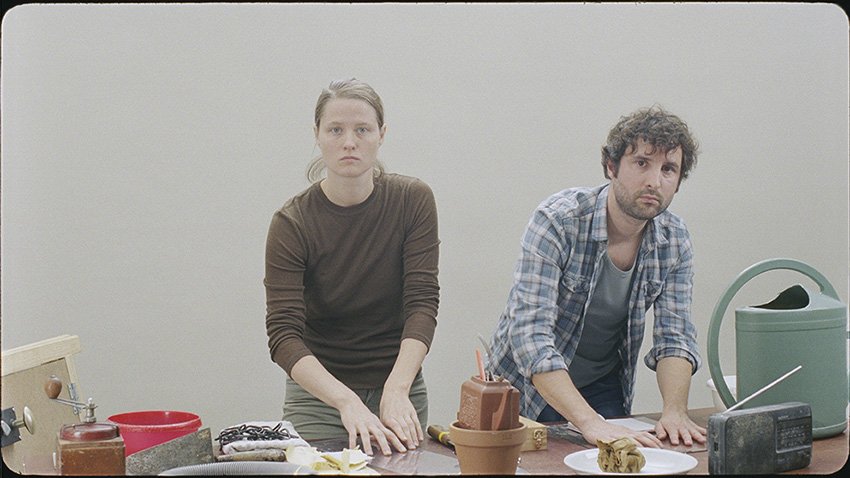 On Tuesday 24th September 2019 at 19:00 Fondazione Pastificio Cerere will be presenting Objects and Sounds, the first solo show in Italy of the Finnish artist Jonna Kina, curated by Manuela Pacella.

The project has received the patronage of the Finnish Embassy in Rome and has been made possible thanks to Project Grant 2019 by Frame Contemporary Art Finland and the support of Finnish Cultural Foundation and Arts Promotion Centre Finland.

Jonna Kina’s works often lies at the junction of sound, language and image. She works mainly with film, installation, sound and photography.

The first level of iconographic representation in the artist’s works has a powerful stylistic, elegant, and clean distinctive trait. This thin, almost surreal coat is ready to gradually show the stripped, naked content during the necessary time it takes to fully appreciate the artwork, so as to then make it recognizable through a rapport of cognitive and mnemonic intimacy with the spectator.

The main core of the exhibition is Arr. for a Scene, a short film shot in 35mm, whose protagonists are part of an artistic category that has been operating secretly for over a century, to make it so that our perception of the cinematographic reality is as accurate as possible, they are the Foley artists, in honour of the American Jack Foley, pioneer of the cinema sound effects. The objects used by the Foley artists, often absurd and completely different from the sound they reproduce (for example inflated balloons can be used to emulate the cooing of pigeons), are the subject of photographs taken by Kina, dated 2013, Foley Objects, a collection of which is present in the exhibition.

These objects, framed each the same way, with an homogeneous light and on a white background, are paired with short captions which, in a subversion of language more modern than Magritte’s very own, refer to their sound which, inside the silence of that photographic portrait, stirs in all of us not only feelings of surprise and excitement, but a sound imagined and heard in our mind.

Our attention towards this sound, a real sound in Arr. for a Scene, is initially distracted by the observation of the two artists executing it with peculiar and unexpected utensils. The couple looks forward, towards the spectator, but the gaze is directed elsewhere, because they are meticulously reproducing live the sounds of the movie that has been commissioned to them and which is ideally in front of them. The uneasiness felt towards their “absent” gaze is lost when our memory, in this case collective because cinematographic, recognizes the particular scene that they are watching, namely the renowned shower assassination scene in Hitchcock’s Psycho.

That sound is the undisputed protagonist of the exhibition – loud, silent, and statuesque – is also deduced by the triptych Score of Arr. for a Scene (2017) in which Kina, with the guidance of the composer Lauri Supponen, has given a visual shape on paper to those same sounds created by the protagonists of the movie. The final outcome draws attention to both the notation systems used in the baroque dance and the graphical and visual experimentations by Cornelius Cardew in his Treatise (1963-1967), confirming Kina’s interest in knowing how to properly reutilize the roots of a certain experimentation in the visual and musical fields giving everyone the chance of being able to recreate it, although inside the silence of our own mind.

Educational activities are expected, which will take place in collaboration with RUFA – Rome University of Fine Arts. 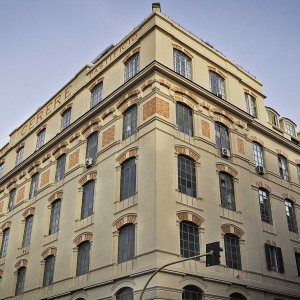